Google+ the new provider for smaller websites thanks to Google Glass

History seems to be repeating. Outdated websites cannot keep up with the new trends (mobile internet, social media, augmented reality), are rarely or never found with Google and are in dire need of replacement. A Google+ Page might be a viable alternative for most (smaller) websites.

In the 90s, most software companies developed their own software, often tailored to a customer, and in all kinds of old and new generation of programming languages. 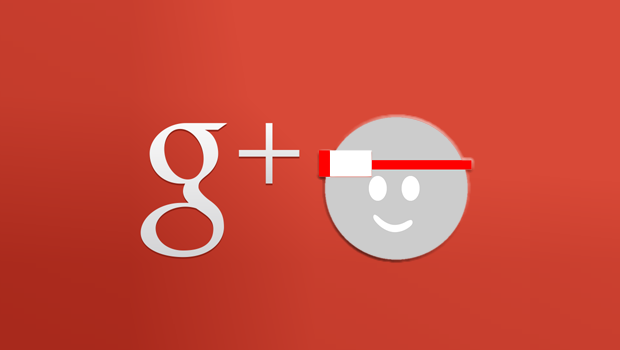 After the bursting of the "Internet bubble", the 'millennium bug', the introduction of the euro and the war in Iraq, a lot of those software companies have gone belly up or were swallowed up by large organizations. As a result, a lot of software can no longer be supported or updated.

Since then, most companies opt for standard packages of common programming languages which can be customized per module and for which there are sufficient alternative programmers from various IT companies.

In the upcoming years, the same is likely to happen on the internet where the majority of websites are customized.

A successful introduction of Google Glass could very well have a real shockwave effect on the internet and this would result in a lot more work for designers. When a website and its content are badly or not accessible with this new technology, they will be visited less and less. The speed of this evolution obviously depends on how quickly Google Glass will become established. The smartphones have only really gained momentum after the launch of the iPhone 3. Worldwide, there are currently more people using mobile internet than via a desktop or laptop.

With Google Glass you will really discover the true nature of Google+: A convenient and safe way to publish content on the Internet that:

So when you are looking for a real alternative to a (smaller) website, many will opt for a FREE Google+ Page, possibly in combination with a FREE blog.

A Google+ Page already has the necessary ingredients to act as replacement to the old (smaller) website. You can store all data and content that is necessary for a good web presentation:
Read more »
Geplaatst door Ivan Jans op 4/25/2014 1 comment: 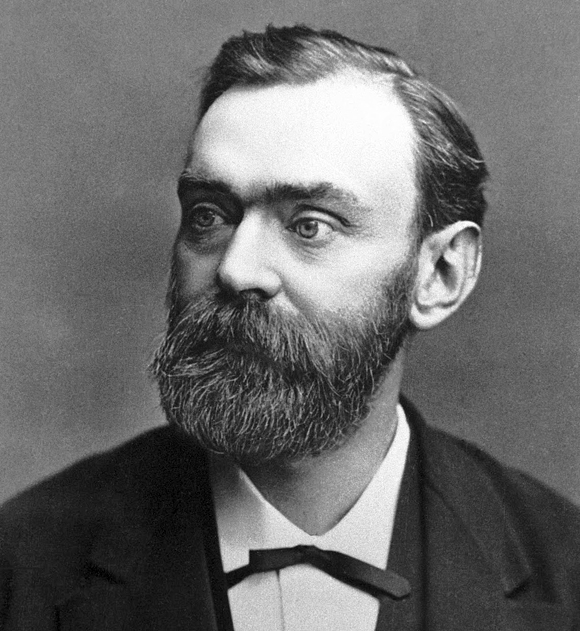 There has always been opposition against each 'technological' (r)evolution: printing, train, dynamite, electricity, photography, car, plane, radio, television, rocket, nuclear, computer, internet, google, facebook, smartphone... technologies that we all embrace and use because they happen to be part of our daily lives.

With every introduction the negative factors were put forward by politicians, religions, press and interested parties (of a status quo) to sow fear and/or to score with the masses. Usually there were rules imposed which slowed down our progress seriously. The arguments depended on where you lived, in what time and at what level of civilization.

The Google Glass technology is gonna save lives, lift language barriers and stimulate creativity all over the world. There will be more knowledge and training accessible to all, it's gonna save time and money for everybody, literally write history and archive it, introduce automation (domotica) for all, promote safety... and is more environmentally friendly than any other previous technologies.


Everything depends of course on who will sit behind the buttons (or apps), which probably will be the same politicians, religions, the press and new interested parties.

Alfred Nobel originally introduced the dynamite to help people with the construction of railways. It also got a different turn. We would have been better without it? Google deserves to win the Nobel Prize with Google Glass in the near future.

Google Glass is not just a new product that Google gives to the world to take pictures more easily or to navigate a city hands free.

It is the product that Google has been working towards, one step at a time. By combining all their services (Google+, Google Calendar, - Now, -Weather, -Tasks, -Talk, -Maps, -Search, YouTube ...) Google Glass will be the next step in the consumer driven mobile revolution.

Google+ is not just an alternative, searchable copy of Facebook - or the replacement of the Yellow Pages - but it will be one of the engines behind Google Glass. Google Now (including Google Goggles), together with the new Google+ makes up the interface of the next phase of the internet and the next step in the digitization of our daily lives: Augmented Reality.

Imagine that everything you can do today with a smartphone or tablet, soon you’ll be able to do with Google Glass. Some examples:


All functionalities of a smartphone, but much easier to use and safer via voice control.

View & download here the full version of this infographic

Email ThisBlogThis!Share to TwitterShare to FacebookShare to Pinterest
Labels: infographic

Imagine life with Google Glass through +100 Ideas & apps on YouTube


Imagine everything that you can do today with a smartphone or tablet, soon you’ll be able to do with Google Glass and augmented reality. There will be no more using a smartphone, which you're constantly looking for. It will be hands-free and no longer having to stop what you're doing. All functionalities of a smartphone, but much easier to use and safer via voice control.
Geplaatst door Ivan Jans op 1/05/2014 1 comment: 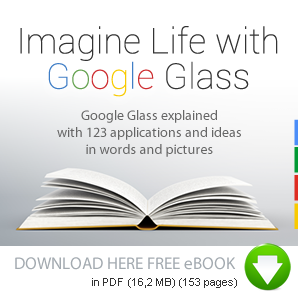 Made in Belgium & Holland (EU)